Thanks to ITCM Magazine for the coverage! 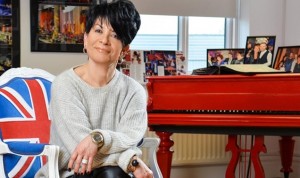 Viewers will be provided with a dazzling insight into what it takes to deliver the most lavish and exclusive Balls, Barmitzvahs and Birthday Bashes in the North West.

Liz has been working in the business for nearly 30 years and now runs one of the UK’s most successful events management companies.  From her HQ in Manchester she plans celebrity weddings, exclusive balls, lavish parties and private events.

Liz starts 2015 with her busiest diary yet. Business is booming and the cameras will follow her as she juggles demanding clients and organises high profile events.

The world of party planning is one of exclusive property, ostentatious fashion, lavish food and exquisite flowers, all mixed up with high drama, tantrums and, occasionally tiaras.

From a massive fund raising charity ball to an exclusive dinner party hosted by a multi-millionaire, the money pit is bottomless, the stakes are high and the expectations are enormous.

When it comes to throwing a successful party, the devil is in the detail ……. everything must be perfect, and hell hath no fury like a party planner ignored!

Liz expects only the best from her team of ’super suppliers’ of chef, florist, lighting director and personal assistant.  These key figures are under huge pressure and ensure her parties go with a bang not a whimper

From food tasting and floor planning to booking entertainment for her clients, no job is too big or small for Liz and her team.

Channel 4’s Head of Features Gill Wilson said: ““We’re hugely excited to be allowed backstage and behind the scenes of the lavish world of ostentatious events and cannot wait to see all of the tears, tantrums, drama and demands that Liz Taylor and her team have to deal with.”

Colette Foster, Managing Director at Remarkable Television adds: ‘Liz is fun, feisty and a fearless businesswoman and the world of party planning takes us into a host of classic features territories – property, food, flowers and fashion.  Her larger than life personality and unflinching eye for detail is combined with multiple dazzling reveals and a programme packed with take out. We’re hugely excited about this entertaining new format.’

The Liz Taylor pilot was commissioned by Channel 4 Head of Features Gill Wilson. The series will be executive produced by Oliver Wright at Remarkable Television, part of Endemol Shine Group.

Endemol Shine UK is behind a diverse range of hits including Big Brother, Black Mirror, Broadchurch, Deal or No Deal, Grantchester, Masterchef, Mr. Bean, One Born Every Minute, Peaky Blinders, Pointless, Sunday Brunch, The Fall, The Island, The Million Pound Drop, Vicious, 8 out of 10 Cats and many more

The company is part of Endemol Shine Group – the global global content creator, producer and distributor with creative operations in over 30 markets, with a portfolio of over 600 revenue generating formats across scripted and non-scripted genres; coupled with digital, gaming, and distribution operations.

Liz Taylor, who heads up award-winning event planning company the Taylor Lynn Corporation (TLC), has joined the advisory board for Management Programmes at Manchester Metropolitan University Business School this month, as the University moves forward plans to develop its courses for the 2015/16 academic year with more input from business leaders. 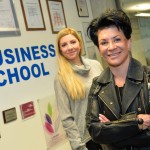 The prestigious role will see Taylor contribute to the content of the programme and recommend which areas of the day to day business world should be incorporated into the course, to ensure that students are ready for the workplace when they graduate.  She will also work closely with undergraduates to impart her knowledge of launching and maintaining a highly successful company, recruiting new business and how to stay ahead of the competition in the market place.

TLC is celebrating its 20th year anniversary in 2015, and Liz Taylor’s 30th in the industry, during which time she has become one of the North West’s most renowned female entrepreneurs.  The company is based in Manchester but operates across the UK and Europe and boasts a client list of top celebrities and blue chip corporates.  Liz started her first business after a chance meeting at Manchester’s Midland Hotel led to her organising a flagship corporate event. A huge success, it provided the bedrock Liz needed to capitalise on the emerging events management market and launch her company. She later joined forces with industry colleague Dianne Lynn to form the Taylor Lynn Corporation in 1995 creating a successful team that was to last until 2008, when Liz managed an amicable partnership buy-out.  That same year TLC bucked the recession by topping the £4M turnover mark.

Commenting on the appointment, Liz Taylor said: ‘I am thrilled to be working with Manchester Metropolitan University’s Business School.  It’s a real honour for me as Manchester is my home town, and my business is based here.  I am a firm believer that we have to nurture and develop the next generation of entrepreneurs and it’s hugely important that today’s business leaders help shape and develop the content of the course, and give students the benefit of their practical knowledge so that academic courses are relevant to the modern business world.’

She added: ‘Manchester has always been a real hot bed of entrepreneurial talent, and I’m really looking forward to working with the course leaders and fellow members of the board and to meeting the students.  You’re never too old to learn and I’m also looking forward to picking up some new advice from everybody involved!’

Dr Marilena Antoniadou, senior lecturer in Management at Manchester Metropolitan University Business School added: ‘Liz has certainly paved the way for entrepreneurs from the North West to make their mark in business.  We are delighted that she has agreed to be part of the advisory board and that the students will benefit from her extensive experience and knowledge of running her own leading events company.’

Divorced with £200 in the bank to £4m turnover: an interview with founder of The Taylor Lynn Corporation

Thanks to B’Daily for the interview!

Liz Taylor, managing director of the Manchester based Taylor Lynn Corporation (TLC), one of the UK and Europe’s leading wedding and event planners, is taking centre stage at the second annual Destination Wedding Planners Congress 2015, which is being held in Mauritius on April 14-15, 2015. 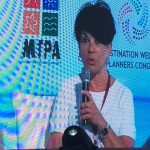 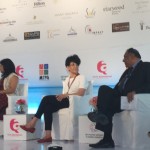 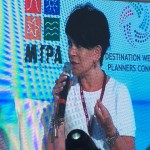 Liz was specifically chosen by Dubai based organiser, QnA International, as a representative of the UK’s thriving wedding industry because of her experience and knowledge of planning high-end weddings for a host of celebrities and private clients over a 30 year career. In a panel discussion, Liz joins leading representatives from India, Argentina, UAE and France to share their expertise in creating luxury weddings from the early planning stages, through design, catering and entertainment to the final photos of the day, with particular focus on how to create an element of uniqueness and WOW factor.

Destination Wedding Planners Congress is the only premier ‘destination’ for the elite wedding professionals from every corner of the globe. Liz Taylor will be joined by 100 of the world’s top destination wedding planners who take part in debating live case studies, key note speeches and a series of interactive panel discussions revolving around the latest market insights and trends in the destination wedding industry.  In addition, the event brings planners from across the globe together with 50 suppliers and wedding industry peers, in a host of networking events.

Commenting on the Congress Liz Taylor said: ‘It’s a real honour to be representing the UK at the world’s most renowned destination wedding conference, and is testament to the fact that TLC is at the forefront of the country’s thriving bridal industry.‘

‘In the UK we have seen a real upturn in couples planning to get married abroad, with destinations including the more traditional countries such as the Maldives and the Caribbean still popular, and emerging countries such as Italy and Greece also becoming firm favourites.’

‘It will be interesting to see how destination wedding planners view the UK as a location for luxury weddings and also to debate the latest trends to emerge from other parts of the world.  Some inspiring days are ahead!’

Mauritius Tourism Promotion Authority (MTPA) is the host sponsor for the Congress. 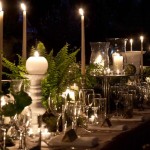 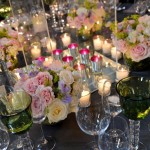 Thanks to weddingdaily.co.uk for mentioning Liz’s role as a wedding expert panellist at the Destination Wedding Congress in Mauritius – http://www.weddingdaily.co.uk/article/531/tlc’s-liz-taylor-represents-uk-at-destination-wedding-congress-2015