Tradition draws us to associate Easter with eggs, but like many traditions the reasons why are often lost. In our column all about Eggs, Eggs, Easter Eggs, we look at our favourite traditions, and few obscure ones to try!

As the supermarket shelves burst with chocolate eggs you could be forgiven for thinking them to be one of the oldest of Easter traditions. In fact, as traditions go, this is a relatively new one. Chocolate eggs were first manufactured in Britain by Fry’s in 1873. Chocolate eggs also appeared in France and Germany around the same time. 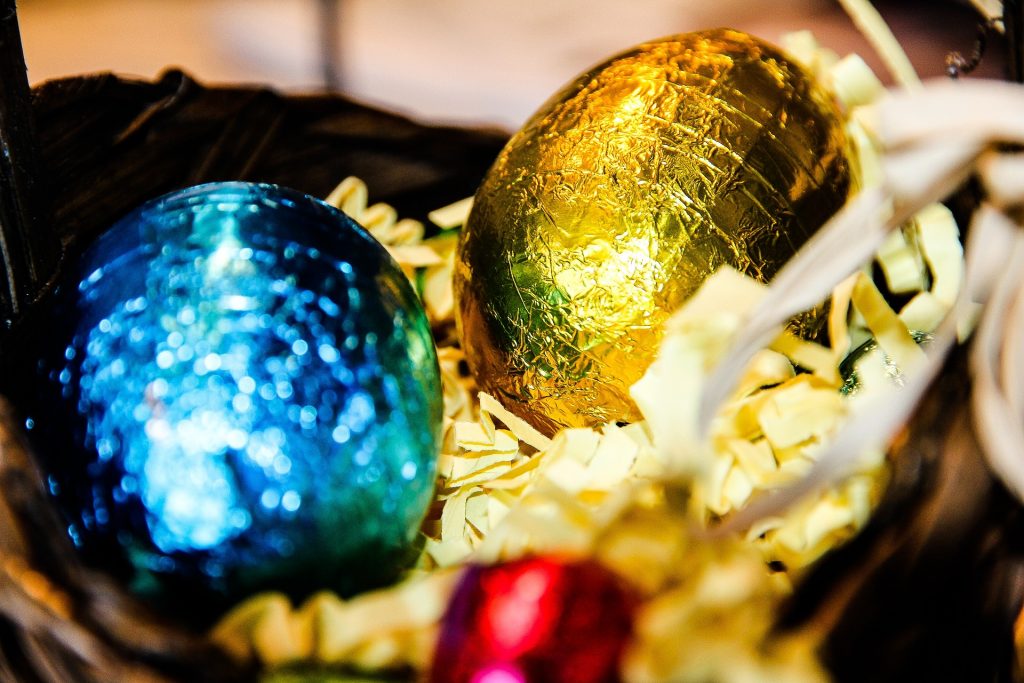 Traditionally eggs weren’t eaten during the six weeks leading up to Easter, known as Lent. Any eggs laid during this time were saved and decorated, then given to children as gifts at Easter. Later people began painting wooden eggs with which to decorate houses for Easter. The tradition grew more extravagant when between 1885 and 1917 Tsar Alexander III commissioned jeweller Peter Carl Faberge to create an extravagant bejewelled Easter Eggs for his wife Maria Feodorovna. In total 65 eggs were produced. The most valuable of which are now worth as much as £20million. 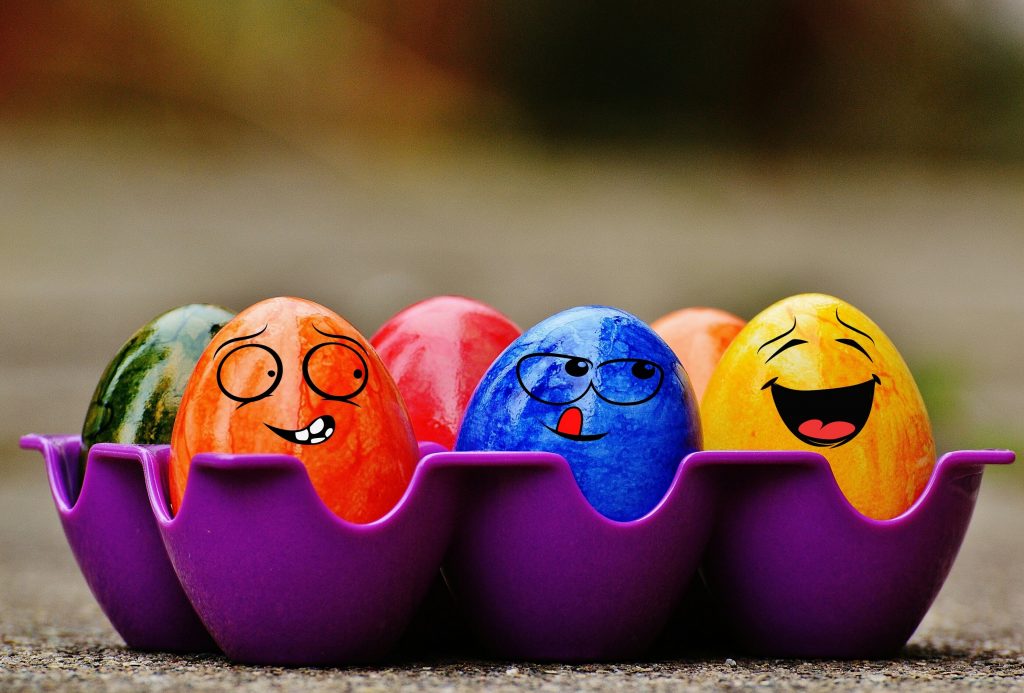 The Easter egg hunt brings us to the tradition of the Easter Bunny.  The idea of which can be traced back to the 17th century. If eggs are the potential for new life then the rabbit, known for breeding big litters, is a symbol of fertility – both of which bring joy and new life. Family Easter egg hunts have been popular since the late 19th century. Today many charities run Easter egg hunts, one of my favourite days out being the Cadbury Easter Egg Hunt with The National Trust. 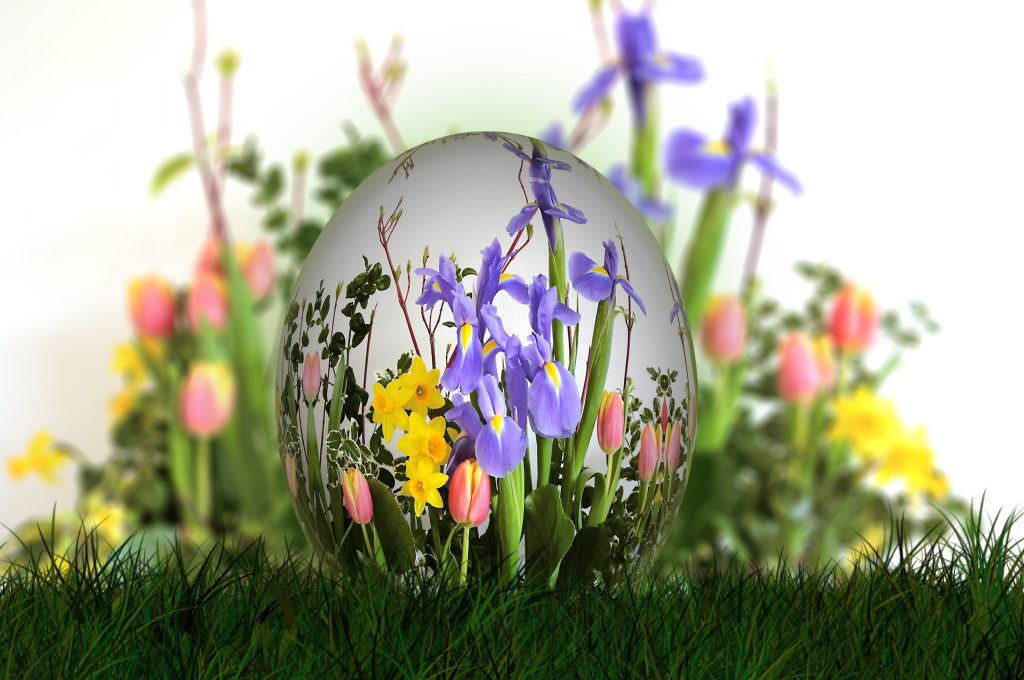 Egg rolling races are held all over the world on Easter Monday. The most well-known being the children’s game held on the White House lawn, a tradition of almost 140 years. Here the egg, a symbol of new life, also represents the rock tomb from which Christ rose from the dead being rolled away. The idea of the game is straight forward, hard-boiled eggs are rolled and the first one to reach the finish line that hasn’t broken is the winner.

Egg jarping is one of the more bizarre egg traditions at Easter, dating back to the early 1800s. Sometimes also called, egg dumping, the game is a competition where you try to smash your opponent’s hard-boiled egg with yours. The winner is the one whose egg remains intact. Egg jarping competitions are still held in the North East of England.

Although the name, Pace Egg Play may sound unfamiliar, its etymology links these traditional village plays firmly with the celebration of Easter. The word ‘pace’ from the old English word ‘pasch’ literally means ‘Easter’ and the plays always take on a rebirth theme in which St George enters battle while his fool, Old Tosspot collects gifts and money from the crowd. During battle one of the heroic character’s dies, in some versions it’s St. George, in others it’s a Turkish Knight called Bold Slasher, and is subsequent revival by a comic doctor.

The drama takes the form of a combat between the hero and villain, in which the hero is killed and brought to life, often by a quack doctor. The dramas were once widespread throughout England, but are now performed only in a handful of towns.  Bury in Greater Manchester being one of them details of which can be found on the Bury Pace-Eggers website.

If you have enjoyed reading about Eggs, Eggs, Easter Eggs, why not try this: https://www.tlc-ltd.co.uk/weird-wonderful-easter-traditions-from-around-the-world/

Weird & Wonderful Easter Traditions from Around the World

If the UK’s tradition of life-sized bunnies handing out chocolate eggs isn’t eccentric enough for you at Easter time, take some inspiration from Easter traditions across the globe. Here are some of my favourites:

Make sure you look up if you’re planning to travel to Corfu this Easter. At 11am on Easter Saturday the noise of crashing pots, joins the sounds of church bells and parading bands, as people hurl earthenware from their windows and balconies onto the streets below. It’s not known quite where the tradition comes from. Some think it is influenced by the Venetians who would throw old objects out of their windows on New Year’s Day, in an out with the old in with the new kind of way. Others believe it welcomes in the Spring and the fresh harvest that will be gathered in new pots.

In Germany, ostereierbaum or the Easter egg tree is centuries old.The tradition is exactly as it sounds, decorating trees and bushes with colourful eggs. One of the most stunning examples is from the eastern town of Saalfeld where since 1965, Voker Kraft and his wife, Christa have decorated an apple tree in the garden of their summer house. In 2015 the couple reached the pinnacle of their 50 year tradition in spectacular fashion, taking two weeks to hang 10,000 hand-painted eggs. This is the maximum number they can store, unless as Voker joked the couple take the eggs to bed with them.

Easter is egg-stra special in the town of Haux in Southern France. Each year villagers come together to cook a giant omlette in the town’s main square. More than 4,500 eggs go into making the omlette, which takes two hours to cook and serves up to 1000 people.

The dance of death Easter festival in Verges, Spain now attracts thousands of vistors every Maundy Thursday. La dansa de la mort is a spooky procession where people dressed in skeleton costumes parade through the street carrying sythes, ashes and clocks, accompanied by the sound of beating drums. The dance, which is meant to symbolise the final judgement, begins at midnight and continues for three hours into the early morning.

If you visit Bermuda on Good Friday you’re in for a colourful treat as thousands of kites of all shapes and sizes take to the sky. The tradition was started by a local teacher with a British Army connection, who was having difficulty explaining Christ’s assension into heaven so he launched a cross-shaped kite into the air. Originally kites were not flown until after 3pm, but today it has become a big festival at Horseshoe Bay with kite flying on the beach all day long.

Hungary – Soak it up

While the world went crazy for the ice bucket challenge, no doubt some of our Eastern European neighbours wondered what all the fuss was about. In Slovakia, Poland and Hungary the tradition was for boys to visit their girlfriends on Easter Monday and recite a poem (ahhh) and then pour a bucket of water over their head (arrgh!). The idea was that water represented healing, cleansing and fertility. In exchange for a good soaking the girls would then reward their visitors with decorated eggs. Today perfume is often used instead of water, although it is a sprinkle rather than a pail, although in some areas the age-old tradition is alive and well as a vistor attraction with men and women wearing traditional dress to re-enact the ritual.

Check out our Facebook page for some gorgeous photos from a recent 21st birthday celebration.

Private jet to Paris for lunch with friends & family, back in time for a fabulous party. Divine. But not complete without the fairytale cake – every girl’s dream. 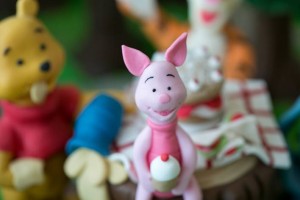 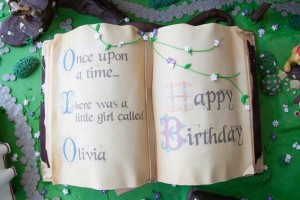 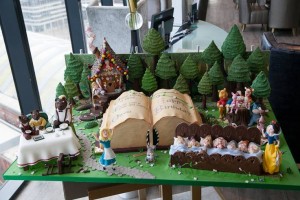 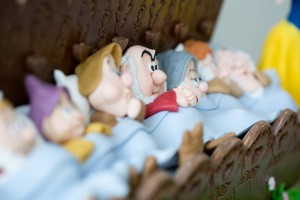 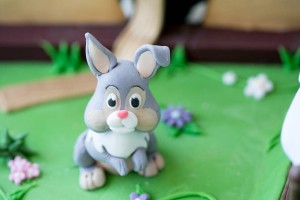