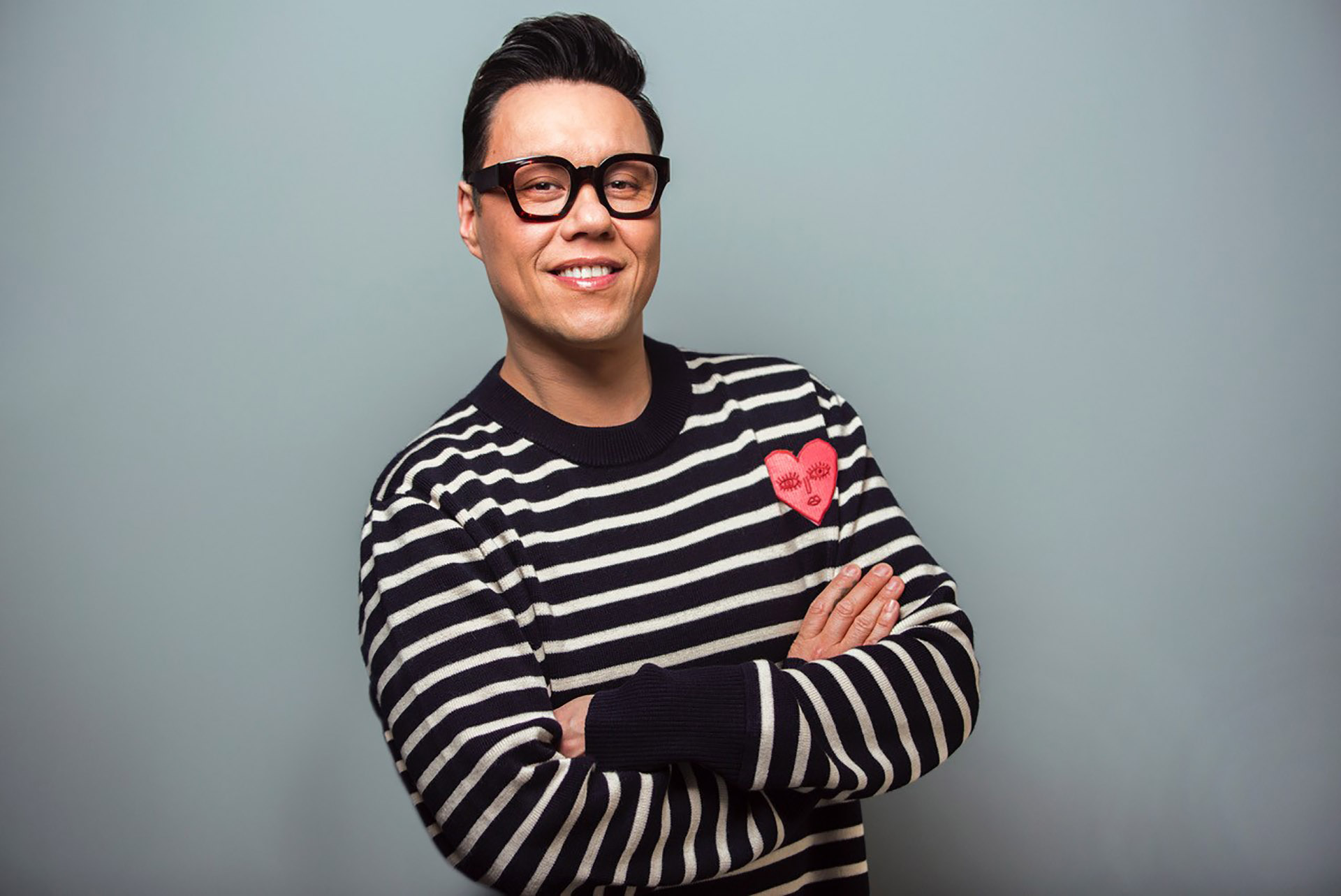 Fashionista Gok Wan MBE has revealed how he suffers from imposter syndrome. In an interview on the new series of the ‘Events That Made Me’ podcast with celebrity event planner Liz Taylor, the presenter says he believes that this could actually be the reason for his success.

During the interview, on the ‘Events That Made Me’ podcast season two launch show on November 11, 2020, stylist and TV favourite Gok talks of how he kickstarted his career by ‘blagging’ his way onto the books of one of the UK’s biggest hair and make-up agencies. When asked about his hugely successful career and the string of awards and accolades he has collected along the way, including an MBE for services to fashion, Gok said: “How I wangled the MBE or any of the awards is beyond me, because in my mind I’m still at my first job. I’m still applying make-up really badly.

“That’s still how I feel when I go to work every day. I know I can do certain things and I know I’m very confident in what comes out of my mouth, but actually I still don’t see any of that stuff. Maybe that’s the secret of success. I don’t know. If you start believing your own hype does it all go wrong? We’ve all met people who probably shouldn’t believe their own hype as much and maybe that’s where it all goes wrong.” AUDIO CLIP HERE

‘Events That Made Me’ with Gok Wan will be available to stream at 9am on November 11, 2020. Click:https://podfollow.com/etmm-liz-taylor

In his interview, Gok also revealed that when he started out, his ambition was to make just £50 per day. And that when he was sent to his first job (to makeover the wives of the British polo team) he didn’t actually own any makeup, yet it was here that he noticed his talent for making people feel good about themselves.

“It was the worst make up I have ever seen in my entire life. But somehow, I managed to make every single one of those women feel good about themselves in my chair. I spoke to them, had a laugh with them and made them feel comfortable and I suddenly realised this is what I want to do.”

When asked what’s next in his career, the 46-year-old spoke of his regret over not having children or training to be a human rights lawyer, as well as his fear of getting older and time running out before he has achieved his goals. Gok said: “I have a real fear of answering this question, I think if you turn round and say ‘this is what I want to do next’, it’s almost a nail in my professional coffin. It’s like saying I’ve reached the stage where I have to start making decisions, instead of turning round and saying ‘I want it all’

“The main thing is I don’t want to stop dreaming. I don’t want to stop my ambition. I want every single thing that gets offered to me. I want to do it the best I possibly can. In reality at 46 years old, there are certain things that will never happen to me now. It’s unlikely I will ever have children.

“I wanted to be a human rights lawyer, I wanted to change how we treat people in this world, I’m not going to be able to do that now. If I was 10 years younger there’d be every possibility of that.

“I hate the idea that I now won’t do those things and there won’t be an opportunity to do that. AUDIO CLIP HERE

“Next for me is to dream bigger. Because the older I get, the bigger my dreams have got to be. They have got to be more ambitious. They’ve got to have more drive. They have got to have more substance. I’ve got to move quicker than I’ve ever moved in my entire life because I’m going to blink one day (and fingers crossed I’m going to be in a bed when I go to wherever I’m going and surrounding me in this room I want my family, friends and my successes). At the moment I have a lot of space, I’ve got a lot to do.”

Gok Wan is the first of a series of guests to be interviewed by straight-talking Liz Taylor in the second season of her ‘Events That Made Me’ podcast. He rose to fame in 2006 when he was cast as the presenter of a new show on Channel Four aimed at giving women their self-confidence. How to Look Good Naked was a huge success and ran for seven series. A keen chef, having grown up working in his family’s restaurant, Gok has also fronted Gok Cooks Chinese and Gok’s Chinese Takeaway. Gok has shared details of his struggles growing up including battles with obesity and homophobia. He was awarded an MBE for services to fashion and social awareness in the 2020 New Year’s Honours list.

Over the past thirty years of organising high-profile celebrity events Liz Taylor has moved in some exciting circles and has opened her little black book of contacts to help her realise a burning ambition in launching her own podcast.

Liz’s illustrious career in event planning has built an impressive portfolio of events including celebrity weddings, charity fundraisers like Children in Need with Gary Barlow and huge gala dinners such as Winter White Gala at Kensington Palace for HRH Duke of Cambridge, as well as the Manchester United Champions League winning after party in Moscow and Coronation Street’s 50th anniversary celebrations. During lockdown in March, with the events industry on hold, she turned her attention to launching her own consultancy https://www.liz-taylor-consulting.co.uk and realised a lifelong ambition in launching her own podcast.