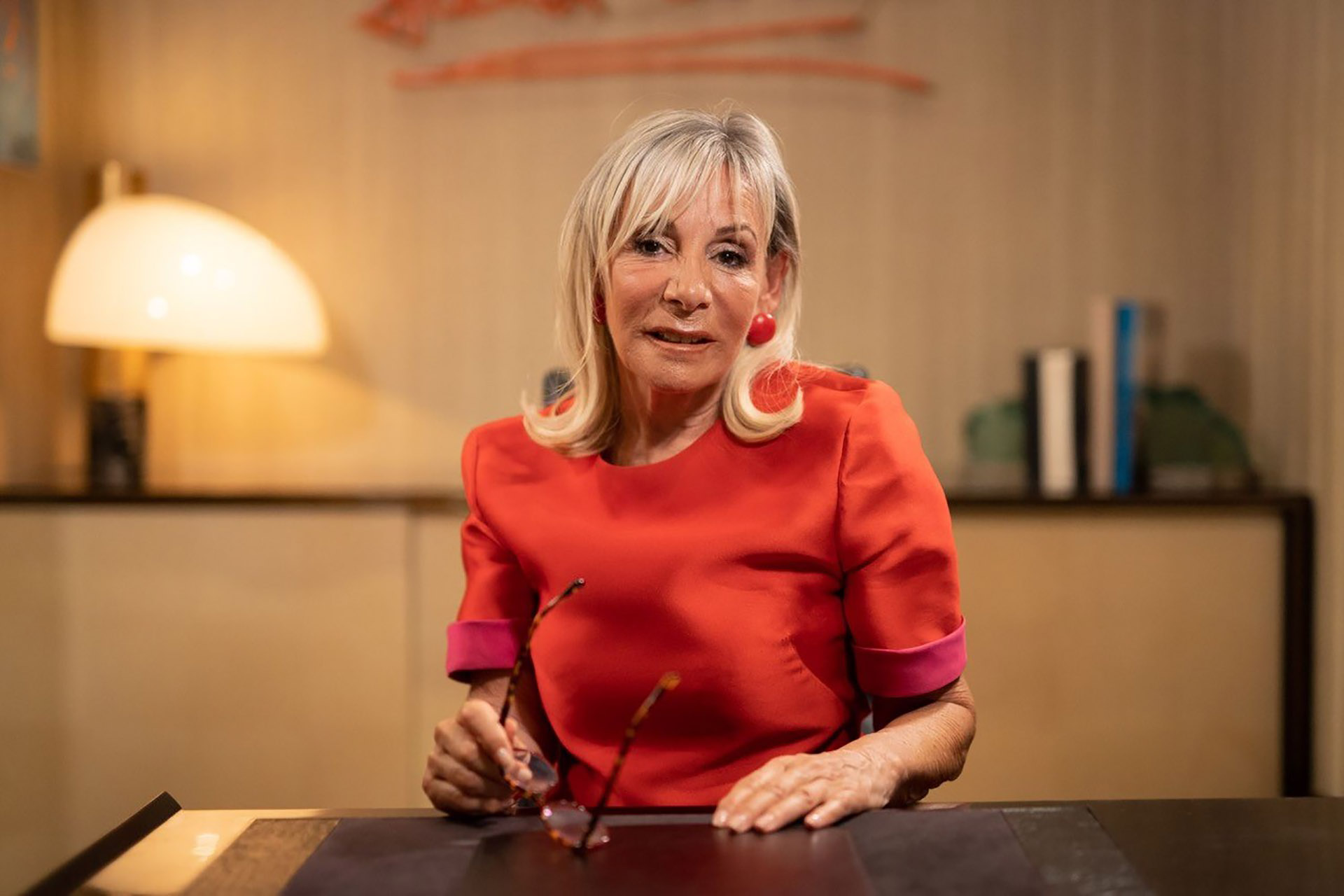 She may be known as the Queen of Mean, but when it comes to business Linda Plant certainly knows how to succeed.  In a new interview on the July 8, 2020 edition of the Events That Made Me podcast, hosted by Manchester-based event planner Liz Taylor, The Apprentice star has revealed that it was her humble beginnings working on a market stall in Dewsbury market that has been her ‘best lesson in life’.

Self-made, multi-millionaire, Linda, built her wholesale clothing empire Honeysuckle from nothing after leaving school at 15.  She was one of the first women to float her business on the stock exchange and believes her market trader roots to be the main driver behind her success.

She said: “Here’s me, you know, uneducated, unpolished,” said Linda. “When I met all these velvet collared city men and they said Linda, ‘how did you get this, what was your turning moment?’ I said, ‘you know what taught me the most about business? I stood on a market stall and that gives you everything you need to know in life. You can’t learn it at a university but stand on a market stall. It’s the best lesson in life.’

As a teenager Linda was driving force behind her family branching out from running one market stall, to overseeing 14, which eventually led to a multi-million-pound wholesale business. Talking of her experiences growing up, she said: “The truth is, it was a long time before I ever looked back and thought, my God, how did I do that? Was I afraid? Was I scared? When I think back, I was a kid. I just wasn’t like a kid. Listen Here

“By the time I left school at 15 we had one stall in Sheffield market that was very successful, and I just couldn’t wait to leave school. So, I said to mum that I wanted to leave school and she never dreamt to say get an education, get GCSEs, she said alright, yes, leave.”  Listen Here

It was this foundation that instilled her business sense and eagerness, she concluded: I came from very, very, poor beginnings we had a lodger to help pay the rent… but that drive, that motivation it’s in you and it doesn’t go away. It just doesn’t”

During the interview Liz and Linda delve deep into an astonishing career, including the ‘event that made her’, a shrewd business deal to import sweaters from Korea that catapulted her Honeysuckle brand to become a major supplier of knitwear on the UK high street, done at a time when women were not viewed as equal in business. Linda continued: “I’m a woman negotiating with a man. In personal life you have to leave a man feeling like he’s important but in business you really have to. I walked out of that meeting with the rights to the sweaters and a ratcheted down percentage for how many I sold …. I had every single major retailer from England on that stand and when I say you can drown in success, you could have, because I didn’t know what had hit me.” Listen Here

Linda has overseen multiple businesses which in 2015, resulted in her being called upon by Alan Sugar to become one of his ‘no holds barred’ Apprentice interviewers. On screen she has become known for her uncompromising interview style and leaving no stone unturned as she dissects the business plans of the hit BBC show’s hopefuls. Yet her foray into television was completely unplanned.

“He hardly gave me chance to answer,” admits Linda.” Had I thought about TV? Never? Did I think I could do it? I don’t know. But I thought I’ll have a go! I’ve had a go at everything else, why not TV? If I fail, I fail.” Listen Here

“My brief was to look at those business plans and ideas – see where the loopholes were and see if they’re worth a £250,000 investment. And to be tough. And I am tough with them and the point is that sometimes they amaze me with the sheer lack of common sense”

Linda believes that it her willingness to take a risk coupled with a fierce drive to achieve that has allowed her to oversee numerous successful enterprises with unrivalled success and grow her multi-million-pound empire. And her advice to others looking to follow in her footsteps?

Events That Made Me with Linda Plant airs July 8, 2020 at https://podfollow.com/etmm-liz-taylor

Liz Taylor is a successful award-winning event manager (www.tlc-ltd.co.uk) and businesswoman, a media commentator, motivational speaker and consultant for hospitality brands (www.liz-taylor-consulting.co.uk). She plans events for a range of blue-chip corporate clients right across the UK and Europe, in addition to a large private and celebrity clientele. This includes the likes of Michelle Keegan and Mark Wright, Eamonn Holmes and Ruth Langsford. Take That’s Gary Barlow and Howard Donald, football stars, actors, Prime Ministers, global business leaders….a royal guest or two.  Most recently, Liz has been sharing the benefit of her knowledge on a number of topics for the hospitality industry, including how to react to the current COVID-19 situation in terms of business planning, how the meeting and events landscape will look in 2021, and of course, what it is like to be a female pioneer in her industry. Never giving up. Overcoming life and business challenges.