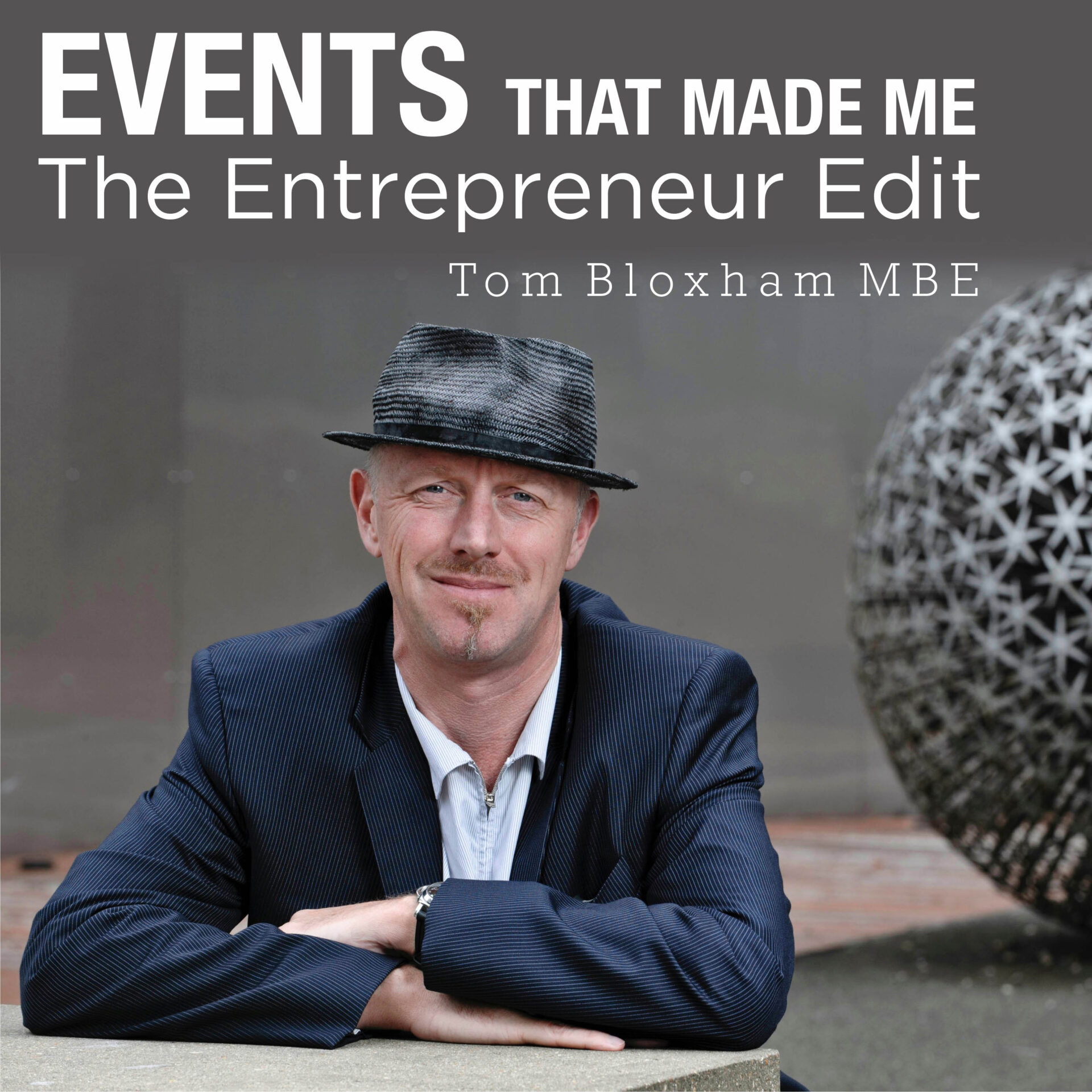 In a new six-part entrepreneur focussed podcast being launched this week, the chairman and founder of Manchester’s leading property regeneration company, Tom Bloxham MBE, has not only hailed Richard Branson as the man who made business ‘sexy again’, but says that he found entrepreneurial inspiration in the Sex Pistols.

The Urban Splash boss shared the ‘events that made him’ with leading celebrity event planner Liz Taylor, marking the start of the fourth season, The Entrepreneur’s Edit, of her hit podcast Events That Made Me on Wednesday, November 10, 2021.

Tom, who reveals his climb to success, including how he started out selling fire extinguishers door-to-door, also discussed openly some of the challenges he met as a young entrepreneur. Including how attitudes to setting up a business were very different back in the early nineties. Talking of the people who inspired him, he said:

“I love entrepreneurs, you know, including the obvious ones like Richard Branson. I think he sort of made a business sexy again, because when I started in business … there was no such word as an entrepreneur.

“There probably was, but no one used it and actually it was seen as a fairly negative thing. It was like, setting up my business was looked down upon because if you were bright, you went into civil service, or you became a professional, a lawyer, solicitor or you went to work in management for a big company.

“Going into business was almost for those, you know, thickos with less options.”

And surprisingly, Tom shared that one source of inspiration for him came from an unusual place:

“..in 1976 I saw the Sex Pistols play on Top of the Pops. And it was amazing. There were these guys, you couldn’t play an instrument, came in and changed the world. And it taught me about the power of disruption, about the power of just having an idea, and implementing it and trying to change.

“And so punk and ska were big influences through my life … I still love the music and it taught me that you can do anything you want to do, if you really want to do it.”

This series is a must-listen to any aspiring entrepreneur who wants to hear first-hand how some of the UK’s most successful business leaders built their empires. Tom’s company, Urban Splash, has received 445 awards to date for architecture, design, and business success, but for Tom (and many others) the road to success wasn’t always an easy one. He revealed the ironic situation that kicked off the lucrative business he oversees today – the self-made property specialist who couldn’t lease a shop.

“At that point you had to be established in business to get a lease. I couldn’t get a shop. So, I hustled and hustled and hustled, eventually I got a very small space in Affleck’s Palace, but another kid already had the franchise to do the posters. All I could do, was sell postcards but I kept hustling and hustling, and eventually next door came up. It was 6,000 square feet, it was too big to sell posters, I was renting it for next to nothing, but I had to sublet the space and then I realised there were a whole load of young entrepreneurs like me, selling jeans, tattooists, records, all sorts of weird and wonderful things.

“They were in the same position as me and the property industry was not marketing to entrepreneurs. It was a very backward-looking industry. So, I started making space available – let people come in and rent for a week, pay weekly on the rent. And suddenly, I realised there were loads, other people like me with great ideas, young entrepreneurs, and no access to property space so that’s how we started.”

Tom moved to Liverpool and set up the Liverpool Palace, creating one of the first flexible rental spaces/hubs of creative workers that all traded off one another. A common place set up nowadays, but one that was hugely forward thinking for the time. And it was as a development of this idea that Urban Splash, the multimillion-pound business was born, with the aim of regenerating the ‘amazing stock of unoccupied buildings in the UK’s Northern cities.’

Listen to the full interview with Tom Bloxham MBE on Season Four of Events That Made – The Entrepreneur’s Edit on Apple Podcasts, Spotify, and Google Podcasts from Wednesday, November 10, 2021 or listen on: https://podfollow.com/etmm-liz-taylor

Some of the UK’s most successful entrepreneurs and greatest business minds will join Tom in sharing their secrets to success, including Kids Allowed founder Jennie Johnson MBE who turned her own need for quality childcare into a multi-million-pound business success. And Ben Winston, founder of international production company Fulwell 73, co-executive producer of the The Late, Late Show, and the man who brought us the most eagerly awaited reunion this century – as he shares the behind-the-scenes chat on what it took to get the cast of Friends reunited.

Over the past thirty years of organising high-profile celebrity events Liz Taylor has moved in some exciting circles and in 2020 she opened her little black book of contacts to help her realise a burning ambition in launching her own podcast. Gok Wan, Howard Donald, Lisa Riley, Sally Lindsay, Eamonn Holmes, Antony Cotton, Christopher Biggins, Katie McGlynn and Linda Plant were just some of the celebrity guests to share the highs and lows of their road to stardom in the first two seasons of her Events That Made Me podcast which received 4.9-star ratings.