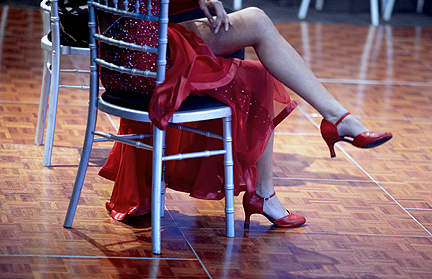 June 2022 sees the glitter ball turning once again in Manchester, as Dame Arlene Phillips and Anton Du Beke reunite for a star-studded charity event, Shall We Dance.  The two Strictly Come Dancing stars will line up alongside former Strictly contestant Lisa Riley on the judging panel at a live charity dance event at Manchester’s Victoria Warehouse on June 22, 2022.

The brainchild of our CEO, Liz Taylor, and actress Catherine Tyldesley, Shall We Dance, boasts a celebrity line up and is being billed as an ‘unforgettable evening of music, dining and dancing.’  Shall We Dance will bring together ten high-profile dancers to perform a series of specially choreographed never-before-seen routines. 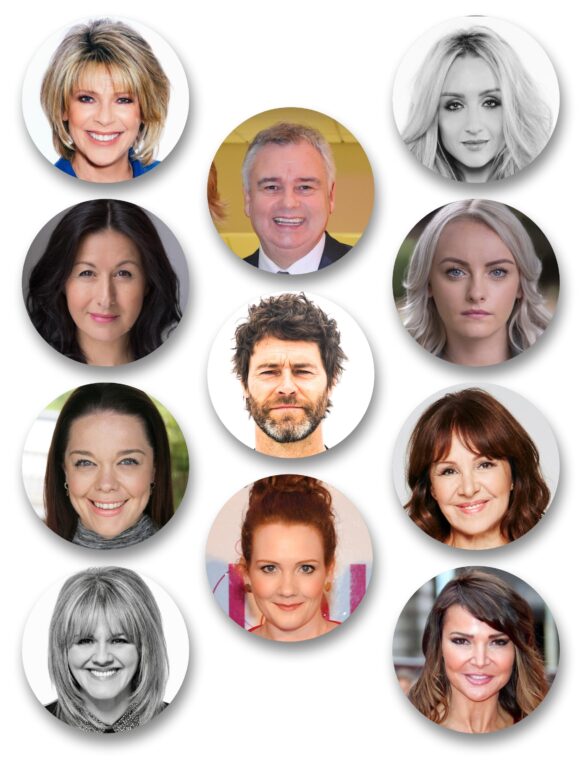 Hosted by Eamonn Holmes and Catherine Tyldesley, with Sally Lyndsey in charge of post-dance interviews, the evening also promises spectacular entertainment from beginning to end, finishing on a high with an exclusive DJ set by Take That star and musician, Howard Donald.

Star of this year’s Strictly, Katie McGlynn, joins Loose Women’s Ruth Langsford, Lizzie Cundy and Coronation Street stars Brooke Vincent, Hayley Tamaddon and Jenny McAlpine, who have all been announced as participants, with further celebrities to be revealed in the coming weeks.

All profits from the event will be split equally amongst five UK charities, to include Alzheimer’s Society, Leukaemia UK, and The Seashell Trust.

Liz Taylor, CEO of the Taylor Lynn Corporation (www.tlc-ltd.co.uk) said: “Having come through the last 18 months there is no better time to enjoy music concerts, theatre and dance.  The enthusiasm for this event has reinforced that live events are back!

“And so, Catherine [Tyldesley] and I felt that it was time to create a showstopper that focussed on positivity, and entertainment!  When I opened my little black book, there was no hesitation.

“In true TLC style, all the stops are being pulled out to produce this uber glamourous dance showcase with a difference, featuring some of the UK’s favourite stars of stage and screen. Clearly the main aim is to raise lots of money for incredible charities, who really do need the support. but we will achieve this by giving people a night to remember. “

Liz added: “Confirming Arlene and Anton as judges was a real coup for me. They’ve never judged together before and both have high praise for one another, so it will be exciting to see their on-stage chemistry. Plus, I have one final judge to add into the mix – watch this space!”

Guests at the event will enjoy a four-course dinner followed by entertainment, DJ set with Howard Donald and dancing until dawn. Tables of ten places are available. Email taylor.lynn@tlc-ltd.co.uk to secure your tickets.

(Celebrities announced will appear subject to filming and TV commitments, and the line-up may be subject to change.) 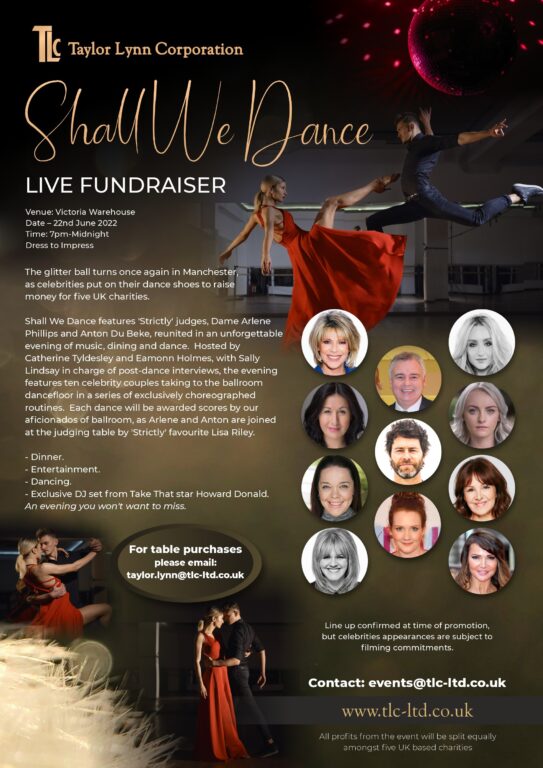