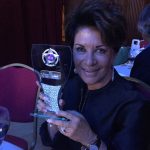 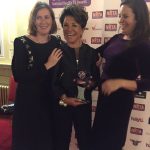 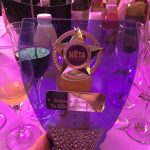 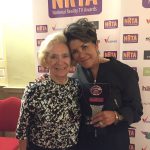 ‘Millionaire Party Planner’ was a one-hour ‘fly-on-the-wall’ programme which aired on Channel 4 last December and provided a unique insight into how this successful company creates and produces its events.  Viewers met members of TLC’s team and army of high-end suppliers, who all helped to create a stylish house party in Cheshire, a BarMitvah in Manchester and a sensational fundraising event in Southport for the Marina Dalglish Appeal.

Commenting on the award Liz said: “I am thrilled!  I loved being involved with the making of ‘Millionaire Party Planner’, a show which showcased just how much work goes into organising our spectacular events.  The meticulous planning, creativity, drama, laughter, patience, attention to detail, dogged determination and plenty of fun – all key ingredients in creating a TLC party.  I am delighted that my production company, Endemol Shine, and Channel 4 were able to bring that to life, and into the living rooms of Britain”.

She added: ”It’s wonderful to be recognised by the TV industry for all the work that went into making ‘Millionaire Party Planner’ and a huge thanks goes to everyone involved in the programme and of course to the viewers, who watched and voted for us.”